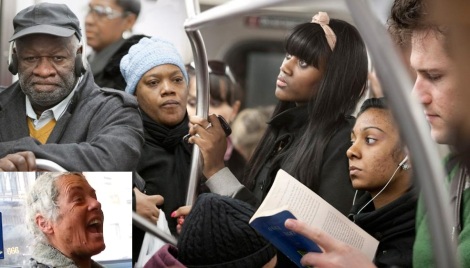 In a heartwarming moment sure to restore your faith in humanity, a group of strangers came together today in the face of racism and misogyny to pretend not to hear the insanely offensive words coming out of that bigot’s mouth a few rows down.

The ordeal began when an elderly white man – the first sign of trouble – started mumbling to himself something about having to take public transportation with “these people”.

Enough was enough at that point, and every single person on that train instinctively groaned to themselves, slightly shifted away from the man, and almost simultaneously decided they would be better off just tuning this whole thing out. Truly inspiring. 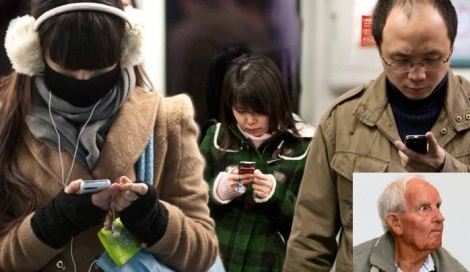 UGS caught up with Jason Spence, one of the commuters who led the charge by immediately putting his earphones in, and asked what moved him to respond to the man’s grossly insensitive remarks.

“Discrimination in all of its forms is horrible.” said Spence, who reportedly pretended he just received a text message the moment he felt the man’s eyes on him. “But I think I speak for everyone when I say look, we just want to get to work.”

It didn’t matter whether they were black or white or Puerto Rican; these people didn’t even know each other, but when hatred and discrimination reared its ugly head, they all decided to work together to not make it a whole thing. Incredible.

Added Spence, “It’s not like he used the n-word or anything.”

Reports confirm that the bigot finally realized he picked the wrong group to mess with when a few people quickly shuffled past him with their heads down as they exited the train.